Home » Blog » Meet the Chinese consumer of 2022 – The Silver Generation 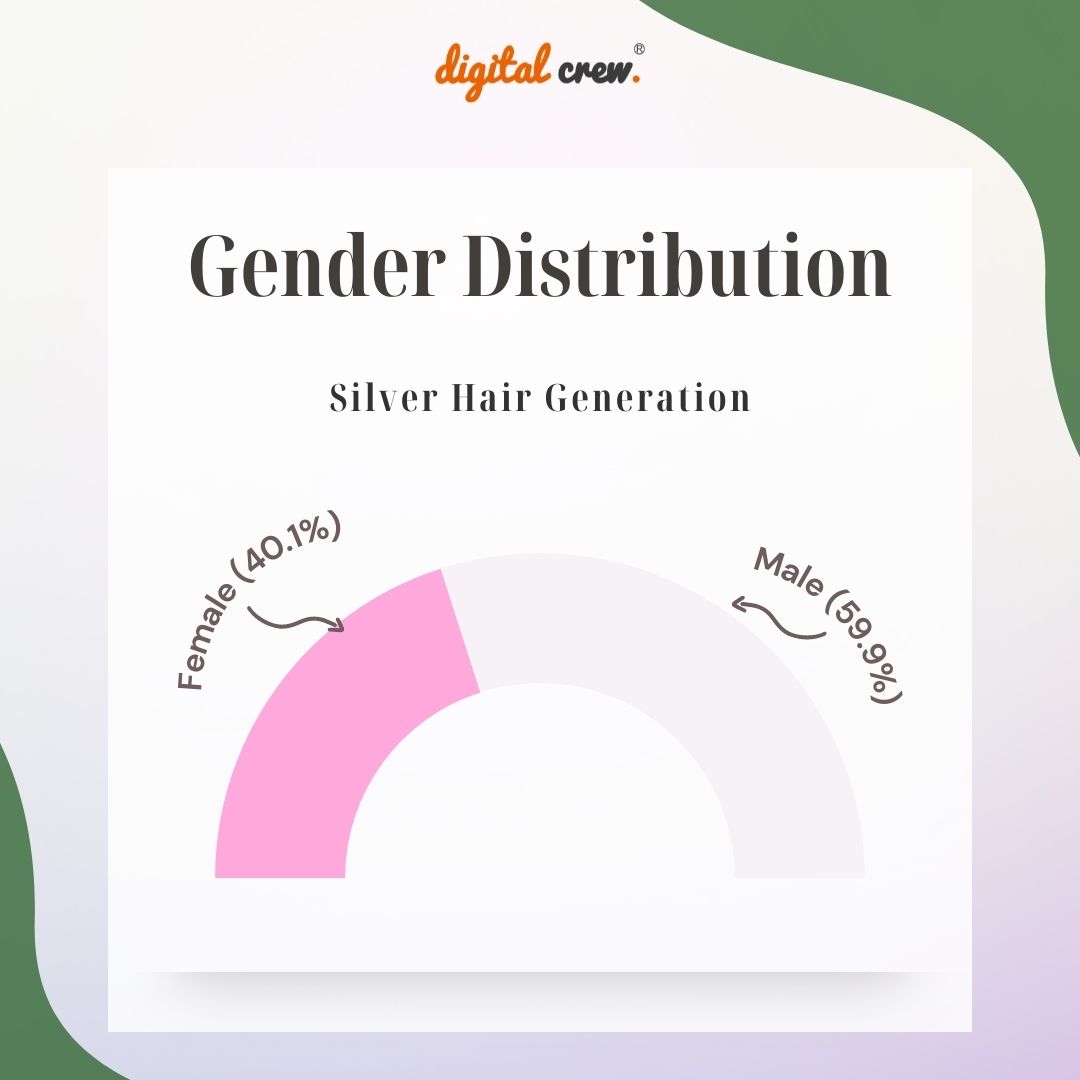 Chinese retirees are among the world’s youngest, with an average age of 60 for men and 55 for women. The silver-hair generation, aged 60 and up, made up 18.7% of China’s total population of 264 million people.

The senior population is expected to account for 25% of the total population by 2050. They amounted to 255 million people in 2020. Brands should strive to meet the requirements of the elderly, who are looking for new experiences, social connections, and learning opportunities.

The Chinese silver hair generation is also ready to capitalize on China’s rapidly increasing mobile technologies. They are one of China’s fastest-growing mobile netizen groups.

China has a life expectancy of 68.7 years, which means that persons aged 60-69 are generally considered to be healthy. And, they are self-sufficient. There are already over 150 million of these so-called “active seniors” in China.

There are far more females than males among these senior citizens (57.1% vs 42.9 %). Around 43% of senior netizens are from Tier 1 and Tier 2 cities. The above-mentioned “active seniors” are mostly found in Tier 1 cities.

Silver hair Consumers in small towns (tier 4 and below) are almost totally concerned with the reputation and pricing of the products they buy. Users in high-tier cities have more product categories to choose from, therefore they are more concerned with the quality of what they purchase.

The Chinese silver generation values online shopping, and is one of the most devoted viewers of live e-commerce. These older netizens use a variety of apps for:
-Social networking such as WeChat and QQ. Taobao and Alipay are also used by more than 40% of them
-Video (iQiyi)
-Information collecting

China’s silver-haired market is expanding. It accounted for more than 20% of internet usage in 2020. According to iiMedia Research, China’s silver hair economy market grew from 2016 to 2020; a 25.6% annual growth rate.

Senior citizens are increasingly joining the growing number of online shoppers. This was especially true during the pandemic’s peak. Taobao is the most popular online shopping platform, followed by JD and Pindoudou.

Several studies have found that online shopping has become a new pleasurable activity for China’s senior population (92% of them prefer to shop online). Customers over the age of 60 were the most active on Taobao, outnumbering all other age groups. Furthermore, their expenditure on the site has increased by roughly 21% in the last three years, just trailing Generation Z‘s expenditure.

Over 20% of the silver-haired generation use educational apps. Educational content for seniors is varied – mostly to satisfy hobbies and improve abilities. Because their lives are less chaotic, these consumers may devote more time and money to leisure activities, tourism, and even owning artwork, as well as fashion and beauty products.

The average consumption of daily necessities is the lowest. Seventy-three percent of customers spend less than 40% of their total monthly expenditure on everyday necessities.

1) Intelligent home appliances are popular among the elderly in China because they provide them with a more convenient way of living. Haier has released a number of products, including smart door locks. When you open these locks with your fingerprint, they turn on the air conditioner and lights in your living room. Even the television returns to the program that was not previously completed.

2) Another current trend is portable intelligent electronic goods, which monitor the users’ health conditions. Intelligent watches, for example, provide real-time positioning, heart rate & blood pressure monitoring, and fall detection, all of which are useful for the elderly.

3) Food, health care, medical treatment, and physical examinations are currently the most important consumer products for China’s elderly. Some of the most popular consumer categories are clothing, shoes, and apparel, health supplements, travel items & services, and insurance/financial products.

The silver economy of China has enormous growth potential. The market is expanding, and the spending power of the silver hair generation is predicted to reach 18 trillion by 2030. The Silver-haired generation in the second and higher-tier cities have more time and money, and are more open to new experiences. They account for more than 60% of the total.

It is critical to distinguish between seniors born before 1950 and those born after 1950. The former is the so-called “old elderly”. They are far more frugal with their money and want to stay at home and care for their grandchildren.

The latter, dubbed the “silver generation” or “new elderly,” has been portrayed as a demographic with more free time and a greater willingness to spend. They are transitioning to a way of life that will allow them to completely enjoy their “golden years.” This is paving the way for increased demand for items and services that will enhance their happiness and overall well-being, as they pay more attention to lifestyle.

Healthcare and body care are the most popular product categories, with news and mobile video content on the list as well. The Silver Hair generation currently spends more time online than any other generation. Because 86% of the elderly use WeChat on a daily basis, content marketing is becoming increasingly important.

Relevant content should be displayed in large letters and distributed through channels that are simple to forward and share. Partner with Digital Crew & discover golden opportunities in China’s silver hair generation market.